Babar & Haris Around The World: A documentary sharing the inspiring story about two inspired Americans

Babar & Haris Around The World

On June 19, 2014, A father and son pilot duo took off at at small airport in Greenwood, Indiana in a single engine aircraft to travel around the world in 30 days. Babar (56) and Haris (17) Suleman were attempting to fly around the world making 26 stops to break a world record and raise money to build schools in Pakistan. 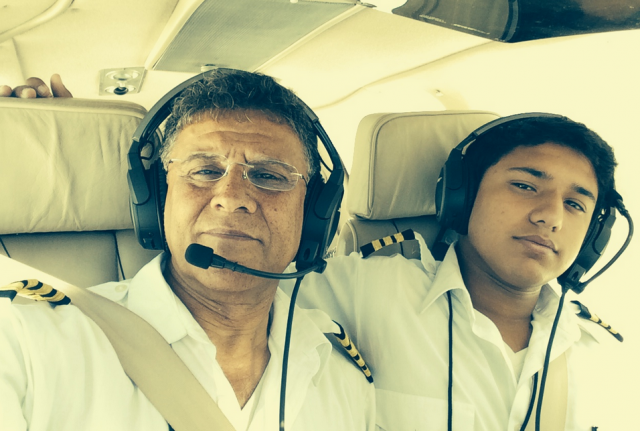 Haris would have been the youngest pilot to make the fastest circumnavigation of the globe. On July 22nd, 2014 their plane tragically crashed after lifting off from an airfield in the Pacific ocean.  Haris’s body was recovered. Babar’s remain missing and the family continues to search for the remainder of the plane through deep sea dives.

Now is the time to share this inspiring story of two adventurers who lived life thinking outside of the box.

We are appealing to you to help us raise funds to produce a documentary film that tells the compelling story of these two inspiring individuals.

“There is a part of everyone that craves discovery and adventure and we have chosen to live out this craving. Breaking out of the routine of day to day life requires bravery in more than one form.” – Haris Suleman 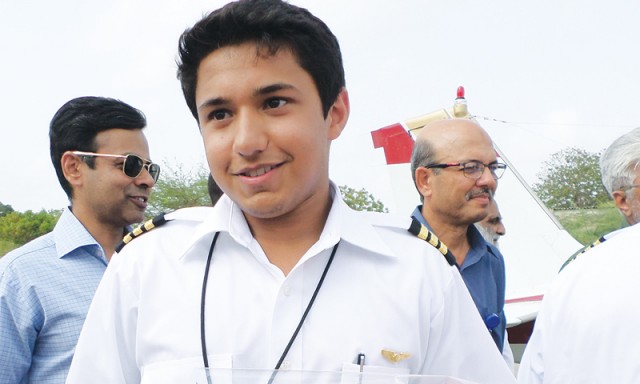 The story of the men behind the journey

The men led inspired lives.  And in knowing more about them and their lives it becomes clear just how their trip around the world was a natural part of who they were as people.
As a young adult in Pakistan, Babar attended the Sargodha Air Force Academy to pursue his dream of becoming a pilot.  But life took a different course not out of his own choice. He went on to study engineering, married, moved to America and transitioned to becoming a father of three kids.  It was later in his life while in America that he actively pursued his dream to learn how to fly.  He would earn his license and purchase a plane soon after.
His youngest son Haris would accompany him on some of his flights from as early as eights years of age.
Babar had always mentioned that he would one day fly himself to Pakistan.  And after a trip to Pakistan in January of 2014, he was resolved to do just that by the summer.  His plans to fly to Pakistan now evolved to flying around the world, in 30 days, in his aircraft, and to raise one million dollars to build schools in Pakistan.
Haris was fascinated with the idea.  So by that spring he told his dad he would want to go with him.  And soon enough the plan was born for Babar and Haris to Fly Around The World in 30 days.
Two months after Haris earned his pilot’s license it, Babar and Haris would take off on this epic journey of a lifetime.

Why Did They Take the Challenge?

Haris would write during his journey: “A lot of people have expressed concern that the journey that my father and I have set out on is a risky venture. Some have even questioned why we would put ourselves through such a challenge. I simply ask them: Why did Edmund Hillary Climb Mt Everest? Why did Christopher Columbus discover America? Why did Marco Polo travel to China?”  But the trip was more than just an adventure.  It was for a purpose.  Babar and Haris both expressed a deep passion for supporting education and they flew with the purpose of raising money and awareness about building schools in underserved areas of Pakistan. 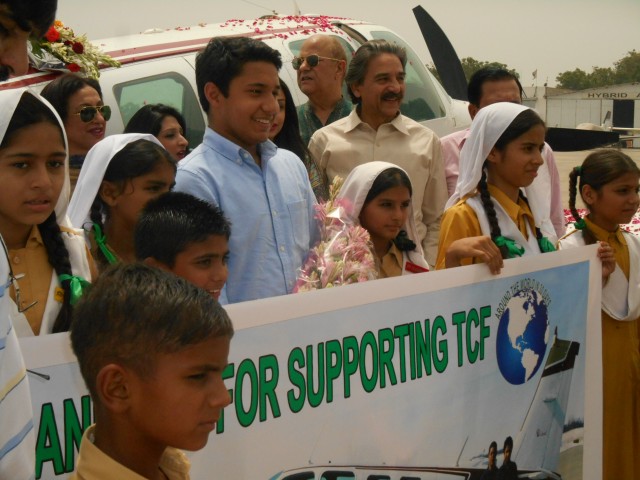 Capturing their Story: Giving Back to the Community

Their story speaks of adventure, inspiration, and giving back to ones’ community. Babar and Haris were raising money for education in Pakistan through one of the most respected education organizations in the country, The Citizens Foundation. 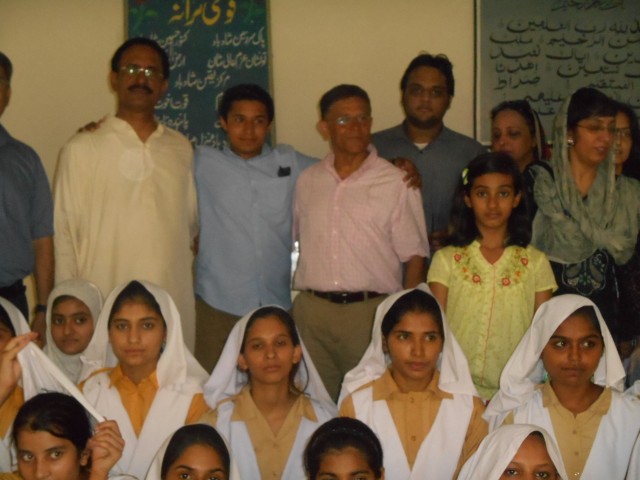 Their story captures the struggle of immigrants coming to America, finding success and achieving their dreams and of the children of immigrants rising up to seek their place in the world.  A Pakistani immigrant father and his American born son bond over not only a shared sense of adventure, but also over living life with a purpose and mission.

Working closely with the Suleman family, Principle Pictures and TIM Media will follow in the flight path of Babar and Haris through some of their stops around the world including a visit to the Citizens Foundation school in Pakistan, various stops including  a visit to Plainfield High School where Haris was a student, and the final hours before their tragic end, in Pago Pago. It follows the struggle of Hiba the daughter of Babar/sister of Haris as they family works hard to find the remains of Babar.  But mostly, it will explore the lives of the men who were inspired to challenge themselves and make a difference. 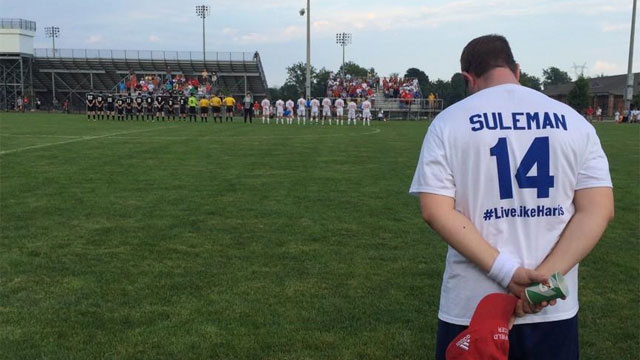 Our team will focus the narrative arc of the documentary on the story of minorities in America focusing on this Pakistani-American family. We will highlight the unconventional adventure of Babar and Haris within the larger narrative of changing perceptions of communities and peoples eager to make a positive impact on the world.

Among the film’s dynamic team is Hollywood actor Faran Tahir. Principle Pictures and TIM Media have joined together to follow the story through.  The production and directors are award winning, experienced and forward thinking in seeing this film through. The team, along with close contact to the Suleman family, utilizes the best of equipment and techniques in the production of this documentary. 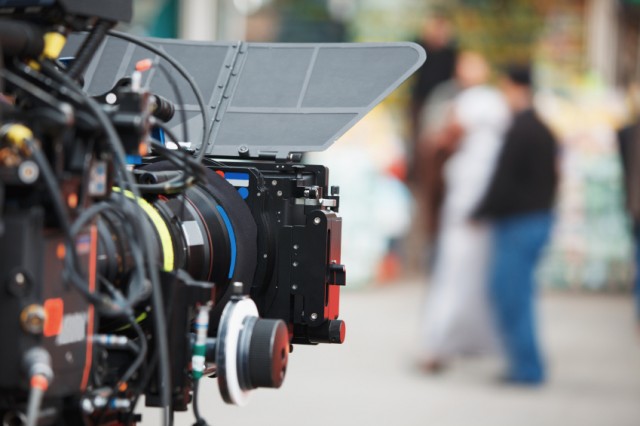 Your support will aid in the production, necessary travel and editing of this film.  In addition, by aiding us to reach this goal in LaunchGood you are ensuring that these funds will be matched by interested corporate donors. If you do support our effort, please tweet out to your friends and family with the hashtag #livelikeharis

Summary:
On June 19, 2014, A father and son pilot duo took off at at small airport in Greenwood, Indiana in a single engine aircraft to travel around the world in 30 days. Babar (56) and Haris (17) Suleman were attempting to fly around the world making 26 stops to break a world record and raise money to build schools in Pakistan.
See Campaign: https://www.launchgood.com/project/babar__haris_around_the_world
Contact Information:
babarandharis us