Conuco Caribbean Delights: We make bread pudding, a Latin American dessert made with bread and milk that people normally eat for breakfast or dessert. 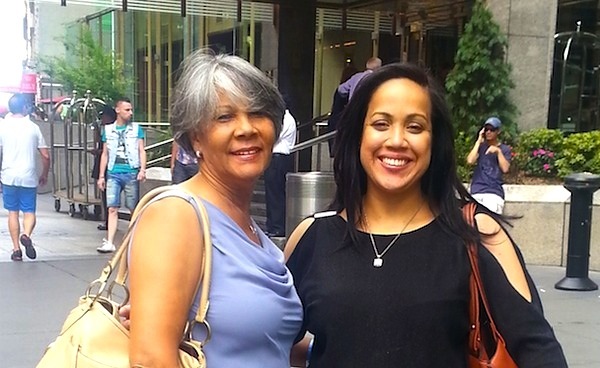 I’ve known Annette since the day she was born. Back home in the Dominican Republic, our parents’ houses are across the street from one another. We are like family and I was actually the one who named her.

After I moved to the US, we saw each other less frequently, until Annette herself moved to New York in 2008. At the time I was managing sales for a food company. One of my clients let me know that she wanted to sell her business which made Caribbean bread pudding and I immediately thought of Annette. I knew she was struggling financially to support her two children, but also that she is a talented and passionate chef.

I pitched her the idea of going into business together — she cooks, I sell!

To get started Annette apprenticed with the woman who was selling the business. She also joined the Hot Bread Kitchen training program which supports low income immigrant women who have informal food businesses. They train them and help them launch the businesses officially.

A few months ago we launched Conuco Caribbean Delights! We have graduated from the Hot Bread Kitchen Program and are now tenants of their culinary incubator.

We make bread pudding, a Latin American dessert made with bread and milk that people normally eat for breakfast or dessert. Many latin countries have bread pudding in their food culture in different ways. We sell in groceries and supermarkets in New Jersey & New York and we are happy that our product is very popular.

We have stores that sell out in one day and there are many areas in New York and New Jersey where we don’t have stores yet and we would like to expand. We would also like to introduce other Caribbean desserts like flan, three milk cake and pineapple crunch.

Right now we don’t have the equipment produce enough products to fill the orders from the stores who want our puddings. This will help us meet all our orders and also expand so we can approach new stores.

Summary:
A few months ago we launched Conuco Caribbean Delights! We have graduated from the Hot Bread Kitchen Program and are now tenants of their culinary incubator.
See Campaign: https://zip.kiva.org/loans/17170
Contact Information:
Annette & Bertha