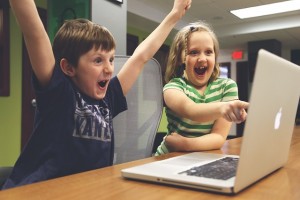 Altfi has produced a very good research on equity crowdfunding performance in UK, based on 367 companies that tried to raise money using this method since 2013. The period is short for a business to mature, but this early data provided by the company is surprisingly positive.

First off, only 20% of the companies that raised money through crowdfunding are not in business anymore. That may look like a high number, but it is actually below to the numbers of professional VC firms. Considering that VC-backed companies are closely scrutinized by their investors and, most of time, have a considerable team of experienced advisors at their disposal, the equity crowdfunding numbers look pretty good.

In the study, 22% of the companies were able to go another round of fund-raising at higher valuation or have already provided some return on investment for their backers, whereas 28% have failed to do so or are having cash difficulties. All things added, the average return on investment is 33.79% according to the study, after the legal tax deductions are applied.

The numbers are positive. It’s really not so surprising. After all, successfully funded businesses had to convince a larger number of people that it would be able to provide substantial returns, people who know the startup market and are able to make a better judgement, instead of a board that may suffer from lack of actual experience in the target market and political bias in their decisions.

A 33.79% average return on investment in so little time is a serious number, hard to be beaten by even the most aggressive stocks exchange brokers. The rate of failure is surprisingly low as well, which brings credibility to the industry.

Of course, the study has some limitations as some companies were able to raise funds out of crowdfunding platforms and some managed to raise money from traditional VC. But those numbers show us clearly that equity crowdfunding has come to stay.