How to wake up our kids: The film LIFE IN FOUR SEASONS and WAKE UP campaign 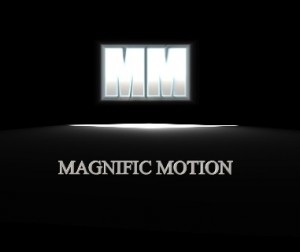 The creators of the campaign urge supporters to give the gift of an inspirational film to the children in their life and thus motivate them to imagine a future beyond all of the noise they experience in the digital world today.

With our society so enthralled in negativity, we are forgetting to teach our children about positive real life experiences and human interactions that will better their lives.

This one-of-a-kind film is an extraordinary story told through the eyes and imagination of a six-year-old boy who faces a series of challenges by Mother Earth. The film will be dubbed in six different languages (English, Bulgarian, Spanish, Mandarin, Japanese, and Russian) to impact millions of children and parents around the world.

“Making a film about real human relationships in today’s society is a huge risk, but inspiring children is worth it. Our message is in an effort to “WAKE UP” children and their parents to get back in touch with reality and lessen time being distracted by the digital screen and more time experiencing the world around them,” said Stefan Apostolov, director and founder of Magnific Motion, “We want to thank the 1200+ people who have financially supported the production of the film so far and we hope people will be inspired to continue to share this project with others throughout the holiday season.”

To learn more about the WAKE UP Campaign, donate, or share the project with friends visit: http://www.igg.me/at/wakeupnow.

Magnific Motion is a production company specializing in creating high quality cinematic short films. The company got its start when founder Stefan Apostolov, producer and director, first appeared in the media as a rising director when his short film about his hometown, PLOVDIV, swept social media. The film PLOVDIV – The World Sixth Oldest Town, was accepted with great accolades by the Bulgarian and international audiences. The production company won a European competition that awarded the medical university of Plovdiv the privilege to host The World Laser Dental Academy in 2017. To learn more about Magnific Motion visit www.magnificmotion.com.
wake-up-campaign-press-release-.docx