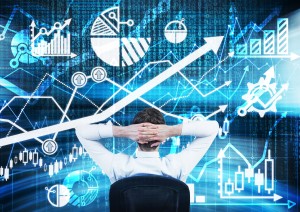 Very busy week and a lot of good news as we head into November. The crowdfunding news world lit up on Friday with the SEC meeting adopting Title III rules after three and a half years. As with any legislation everyone affected looks to pick out the pieces that affect them and then there is the pieces that affect a larger part of the ecosystem. Having had plenty of M&A experience on both sides of the equation when I read the Disclosure by Companies section of the SEC press release I get a feeling that really big changes are here. The U.S. Government appears to have made a wise business decision – a groundbreaking change to an antiquated system. According to Sherwood Neiss for Crowdfund Capital Advisors “this is one of the most significant changes in U.S. securities law in 80 years!”

In essence, the disclosure requirements are such that any company thinking of raising money will be able to meet easily and with no major expenses and preparation time required. In fact, if you are not able to easily meet these requirements you have no business launching an equity crowdfunding campaign.

Here is the text of the Disclosure by Companies section:

Companies that rely on the recommended rules to conduct a crowdfunding offering must file certain information with the Commission and provide this information to investors and the intermediary facilitating the offering, including among other things, to disclose:

In addition, companies relying on the crowdfunding exemption would be required to file an annual report with the Commission and provide it to investors.

At the end of the day this is about real-life benefits. “Title III will allow some of tomorrow’s biggest innovations and greatest companies to come to market that otherwise would have never made it,” said Ron Miller, CEO of StartEngine. “Access to capital is the single greatest barrier to the creation of companies, jobs and the interests of the American economy, and Title III helps to lower that obstacle.”

Another golden nugget in the SEC rules is the non-accredited investors’ component which opens the doors to huge pool of fresh money for startups and SMEs. Seed Equity Ventures issued a statement:

“According to a recent survey conducted by Mattermark, 97% of U.S. respondents noted they would invest in startups given the opportunity. However, 63% of respondents don’t qualify as Accredited Investors. Title III now allows this large group of individuals the first opportunity to invest in early stage companies, which was once reserved for the elite few.”

On another note, Seedrs circulated an announcement regarding a partnership with ING to “fast track” equity crowdfunding campaigns in Benelux launching what in my opinion is a powerful concept we will see duplicated globally. So how will it work? According to Seedrs the process is very efficient. “During consultations with businesses, ING Belgium representatives will assess which platform may be suitable and discuss how it works. Using the ING fast track procedure it only takes the entrepreneur a couple of clicks to submit an initial campaign enquiry for review. When we receive a project through this new route, it will be assessed within two days to determine if it’d be a good fit for Seedrs and equity crowdfunding.”

This is where bulge bracket banks come into the crowdfunding ecosystem actually driving deals to platforms – can a much more robust participation by banks and other financial institutions in crowdfunding be far behind? I don’t think so. In fact, we have said over and over that crowdfunding platforms are the exchanges of the future and the consolidation of platforms with banking organizations may very well be on its way.

And why not, a look into platform growth can be gleamed from an announcement this week from Crowdfunder.co.uk. In the memo, Crowdfunder is seeking a $1.5 million raise to manage “thousands of monthly projects” and forecasting to grow to handle 150,000 projects over a three year period. According to the memo, Crowdfunder has been named the #1 crowdfunding platform in the UK.

So if we do some really quick math, a bank owned platform running 50,000 campaigns annually implementing a healthy menu of fees adding up to as little as $1,000 per campaign is looking at $50 million in revenues. Clearly the opportunity for a banking institutions to double or triple the number of campaigns based on its current book of corporate clients and target two to three times as much revenue from each campaign considering the overall banking relationship with issuer exists.

And finally the old saying that “beauty is in the eye of the beholder” shines again as I see the three and half years waiting for the SEC adoption of Title III rules as a blessing in disguise. I say this because these three years have been well spent by the industry developing the infrastructure necessary for fast growth and creating the momentum that will be pushed forward with this new legislation.

Companies such as OFF3R are a great example of infrastructure necessary for continued growth. OFF3R is a mobile aggregator providing what I see as two critical services that produce efficiencies for market. One, is aggregation. With huge growth in the number of campaigns being launched through a large number of platforms monitoring the marketplace has become a daunting task at best – to this effect, aggregation becomes a very valuable tool. And then take that aggregation and make it mobile and this takes the whole efficiency to next level. The app allows users to create preference and have deals sent to mobile devices based on a profile which I find very valuable as it weeds out the campaigns that do not fit my requirements. The most “addictive” part of this tool is tracking the campaigns I am interested in – I find myself going to the App daily and sometimes several times daily.

Have a great week everyone,