Keystone Biologics – We Specialize In Finding Treatments To Rare Diseases

Keystone Biologics is on a mission to treat rare diseases — and we’re off to an amazing start. 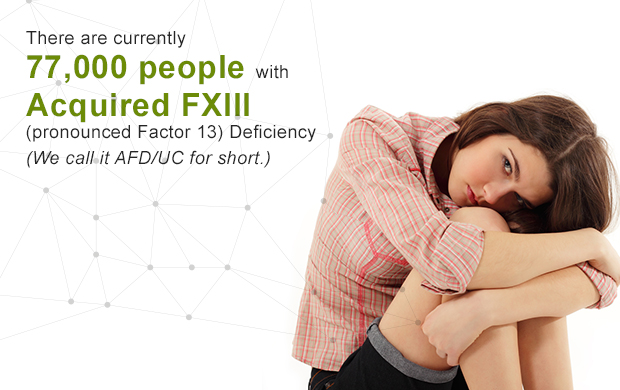 This is a disease that is associated with ulcerative colitis (along with some other diseases), or disease of the colon, with no known cure. Our treatment — designed by a contract manufacturer with IP that leads to higher yields and lower costs than other companies — also has potential applications for Crohn’s Disease.

Patients with UC and AFD have entered remission by taking drugs or undergoing surgery, but both options can have dangerous side effects — surgery leaves a permanent bag in your intestine and drugs don’t ever cure the disease and have serious side effects.

Our manufacturer isolates the FXIII protein naturally found in human blood which we then replenish in patients with the deficiency. Since this treatment is a protein of human origin, it is unlikely to have the same side effects as current biologic therapies.

What does the future hold for KeyStone Biologics? Read on.

Moderate to Severe Ulcerative colitis is a disease without a cure. A large subset of these patients — roughly 45% — have the acquired FXIII deficiency. Patients that are deficient in this protein do not have the ability to completely restore their intestinal tissue — in other words, their bodies can’t heal itself. Patients with AFD also have trouble absorbing and processing food, which only further leads to health problems and causes frequent bowel movements.

Because of this, ulcerative colitis is a disease which carries a certain personal stigma. Patients often feel isolated and not able to participate in the most common activities because they can’t venture very far from restrooms. When in a public setting, they have to be sure that a public restroom is open to them within minutes of their location.

The Keystone founder coached a teenage girl’s basketball team. One of the players, a particularly talented young girl, began to miss practice at the start of the season. Her parents said she was diagnosed with inflammatory bowel disease (ulcerative colitis is form of IBD) and were very concerned with the current therapies available. 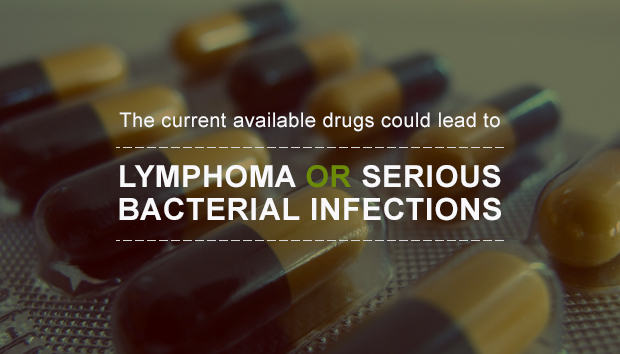 They felt as if they had no good option. The little girl missed significant days of school and felt embarrassed by her diagnosis. The family decided her best option was to take the risk with the drug treatment hope she will have a normal lifestyle.

These patients have no viable alternatives.

With Keystone’s FXIII treatment, these AFD patients can replenish the human protein that is deficient so that their symptoms can be alleviated and potentially, their intestines can be healed.

The absence of adverse side effects is the major differentiator between FXIII replenishment and the current options. A 1996 study by Lorenz titled, “FXIII in Chronic inflammatory Bowel Disease” validates the this. 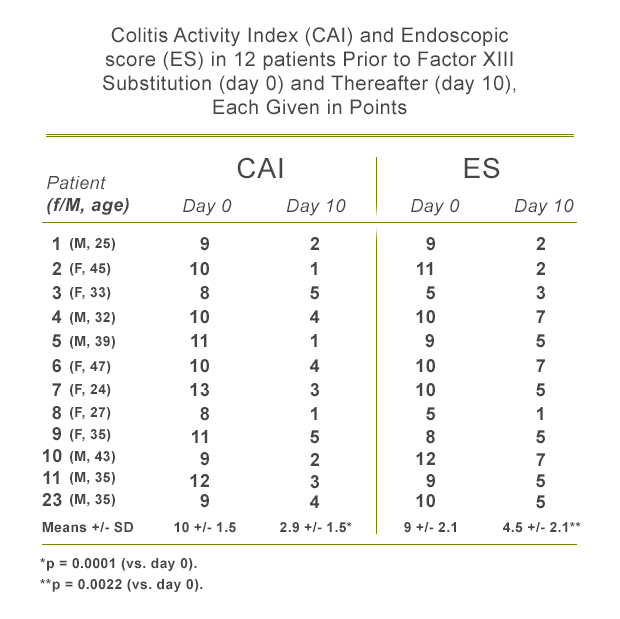 What does this mean? 12 patients were measured on four test scores: level of inflammation, number of stools, blood in stools, and quality of life. After FXIII replenishment, all 12 patients responded and had the opportunity for a normal, healthy life with respect to other ulcerative colitis patients.

Keystone has entered into an exclusive agreement with Prometic BioTherapeutics, a contract manufacturer that can manufacture FXIII as replenishment therapy for patients with AFD, giving them the ability to restore their epithelium and eventually heal their intestines — naturally.

Their IP involves taking donated human plasma and fracturing it to isolate FXIII in high yields, thereby significantly lowering manufacturing costs. We are able to relay that into lower end-user costs and high margins for us. Please request access to the Business Plan tab of this profile for full details.

In addition to our exclusive agreement with our manufacturer, and the preclinical proof of concept data we’ve obtained, we’ve received recommendations for our clinical trial and our manufacturing process development directly from the FDA. This will help us fast-track approval and get our treatment to trials.

In addition to our manufacturer’s IP protecting the manufacturing process, we have our own published patent for the use of FXIII in patients with moderate to severe ulcerative colitis resulting in epithelial healing.

We have met with Janssen Biotech, Shire, Baxter, and CSL Behring — all expressed interest once we start clinical trials.

We’ve also connected with the Crohn’s and Colitis Foundation and will look to utilize their network of patients and physicians once clinical trials start. When will that be exactly?

We plan to initiate our first clinical trial 12-15 months post funding. The clinical trial data will be available 3 months after that, at which point we will begin to strategize our exit plan.

Besides treating AFD for ulcerative colitis, we plan to expand the indicated population into patients with Crohn’s disease and also look to expand into Europe. Both expansions would double our market. We will also explore moving from an IV administration which typically requires a clinic visit to a subcutaneous administration which can be taken at home. The increased ease of use will lead to more patients treated.

Robert is responsible for the regulatory development of the program and interacting with the regulatory authorities. He has been in Regulatory Affairs for over 40 years and has participated in the drug development approval process for a host of products including biologics.

Christian is an MD PhD immunologist who is also an expert in plasma derived proteins and FXIII.

Gerry manages all financing and internal funding. He has over 20 years’ experience in raising and managing funding capital.

lGreg is a partner at Reitler Kallas and Rosenblat, LLC.

Summary:
Keystone Biologics is on a mission to treat rare diseases — and we’re off to an amazing start. This is a disease that is associated with ulcerative colitis (along with some other diseases), or disease of the colon, with no known cure. Our treatment — designed by a contract manufacturer with IP that leads to higher yields and lower costs than other companies — also has potential applications for Crohn’s Disease.
See Campaign: https://www.fundable.com/keystone-biologics
Contact Information:
Robert Ferraino
Christian Peters
Gerry Mccrory
Gregory Petroff