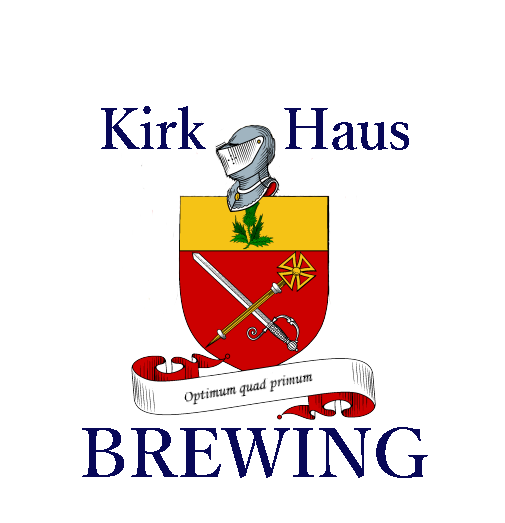 Kirk Haus Brewing is a microbrewery located in Indianapolis, IN. Our mission is to create exciting flavor profiles that mix well with a variety of hops and grains.  We will also introduce our customers to the concept of beer pairing dinners to help showcase each beer’s uniqueness (more on that below).  Kirk Haus Brewing plans to open mid-2016, and will be available at local retailers, restaurants, and bars.

We started by happenstance. I needed to kill some time and wandered into my local home brewing supply store. At the time, it was like walking into Willy Wonka’s factory. I had literally no idea what I was doing and just knew that I wanted to brew. In short time, I had a wait list for my next home brew projects which brings me to today – ‘Time to open a brewery!’

As a female brewer, the greatest compliment I have ever been given was, “You are making craft beer appealing to women!”

I want every man and woman in Indy who appreciates a genuine craft beer to order a Kirk Haus when they see us on a beer menu. One of my goals is to make beer pairing dinners just as classy and sophisticated as the traditional ‘wine with dinner’. By strategically aligning ourselves with a well known, high-end restaurant in the Indianapolis area that provides monthly beverage pairing dinners, we have the ability to enlighten the general public as to the amazing flavors available by pairing food and beer.

Our first beers to hit the market will be our Apricot Pale Ale and Red Ale.  Both of these recipes are proven winners and should appeal to a broad range of consumers.

“Apricot Pale Ale”: 5.2% ABV – Three words: Hoppy, Crisp, Refreshing.  The real secret to this creation is in the hops.  The combination of centennial hops and apricot gives a warm sensation on your tongue while the late addition cascade hops leaves the beer with a bright finish.  Pairs perfectly with sunshine and good times!

“Red Ale”: 4.5% ABV – This is a classic red ale; light to medium bodied with a spectacular red color. This beer is truly versatile and well-loved by many.  The lower alcohol content makes this smooth to drink and a great choice for any occasion.

Our next round of beers to hit the market are two more favorites, our Vanilla Porter and KO-IPA.

“Vanilla Porter”: 5.3% ABV – Can you say “YUM!”?  Carmel and toffee flavors swirled with a vanilla finish.  The perfect amount of hops balances out the sweet to create a well-rounded beer.  This is the perfect companion for chilly winters.

“KO-India Pale Ale”: 7.6% ABV – The first thing you will notice about this beer is its picturesque color.  Second, you’ll notice the hoppy fragrance that tickles your nose a bit.  Finally, when you take your first sip you’re hit with a 1-2 punch combo of intense hoppy-goodness and orange that floods your senses.  This is a beer that will leave you wanting more!

We will also feature a seasonal beer available in the winter, our Christmas Ale.

“Christmas Ale”: 5.8% ABV – Tired of eggnog and pumpkin spiced everything?  Make a new tradition with this fragrant ale guaranteed to bring back cherished holiday memories.  The warm blend of spices combined with the toasted barley evokes all the senses.  ‘Tis the season for giving too, so be sure to share with a friend!’ We love creating and refining new recipes, and plan to spend a substantial amount of time in the lab concocting new creations to share with our customers. 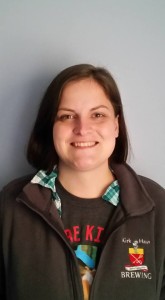 Jessica is the President and Head Brewer for Kirk Haus Brewing. She graduated from WGU with a B.S. in Marketing Management.  Jessica fell in love with brewing beer and after many years in business management she decided to make the leap and open up Kirk Haus Brewing.  When she isn’t brewing beer, Jessica can be found spending time with her husband, Chris, and her two kids, Hayden and Jackson.

Summary:
Kirk Haus Brewing is a microbrewery located in Indianapolis, IN. Our mission is to create exciting flavor profiles that mix well with a variety of hops and grains. We will also introduce our customers to the concept of beer pairing dinners to help showcase each beer’s uniqueness. Kirk Haus Brewing plans to open mid-2016, and will be available at local retailers, restaurants, and bars.
See Campaign: https://crowdbrewed.com/rewards/campaigns/kirk-haus-brewery-llc-indianapolis-in/
Contact Information:
Jessica Rediske