Cricket’s dealer program provides us with excellent activation commissions, lifetime residuals, and great margins on accessories. As this is essentially a franchise model, brand recognition, marketing, and customer acquisition is largely handled by our corporate backers at Cricket and AT&T. We’re able to transfer these benefits to our customers and help you save even more money on your phone bill. 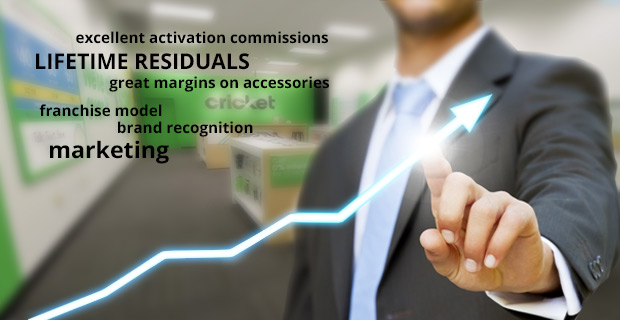 Our team was recruited based on our proven success in the mobile wireless space to expand into virgin markets and grow Cricket’s already leading market share.

Keep reading to find out why now is the best time to join the Cricket movement and ditch that old and expensive service plan you have!

Smartphones are pretty much the norm these days and we’re all generally looking for the same things in our provider: the best devices on the best networks with the highest data speeds at the lowest price.

In many areas of the country, the only mobile service providers are AT&T and Verizon which are contract-bound, expensive providers that require excellent credit.

On the flip side, most prepaid plans were on substandard networks and only offered lower end phones.

That was all true until last year.

When AT&T acquired Cricket Wireless in 2014, it virtually doubled Cricket’s coverage area.  This network expansion has created a gold rush to open Cricket locations in virgin territories where there is little to no competition for prepaid wireless services. 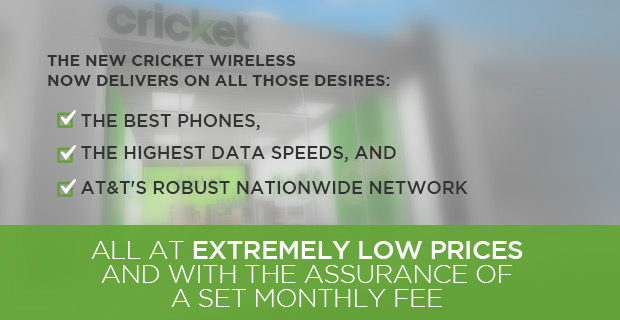 We just have one last problem to solve: Actually getting Cricket retailers out to your corner of the country!

That’s where Progressive Wireless comes in. 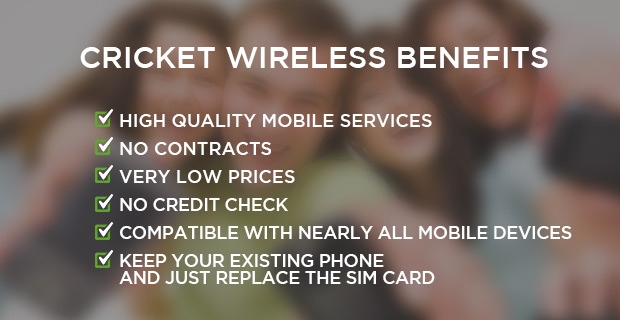 Our expansion focus right now is on Idaho and Montana, where there is little to no competition in the prepaid wireless space. Cricket has also asked us to start looking into acquiring poorly performing dealers which will move our expansion along even more. 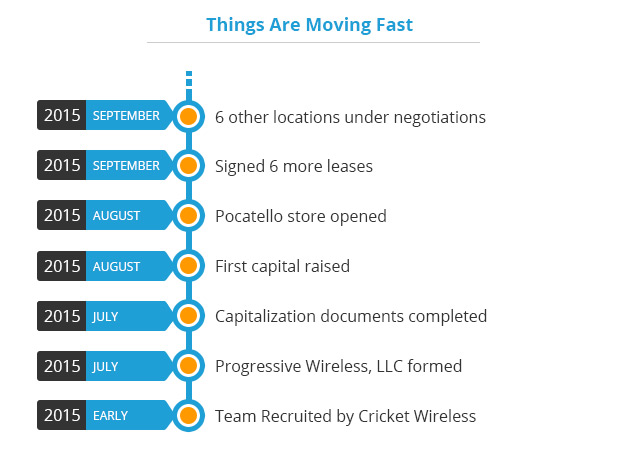 We currently have 14 stores in various phases of development. Our first store opened in Pocatello, ID in mid-August. Our second location opened in Idaho Falls in October.  We have another 6 leases signed with three under construction. We also have 6 more locations chosen and leases under negotiation. 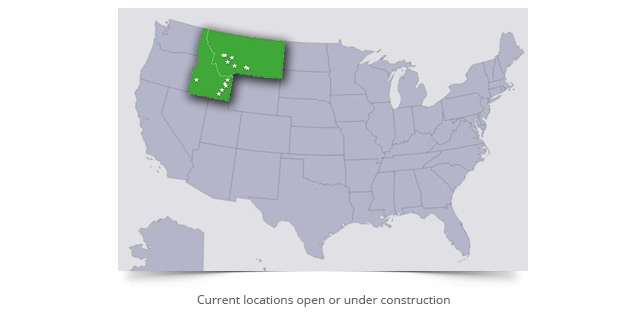 We have nearly 400 customers since our first two locations opened.

We have a few partnerships already lined up as well:

Fortiva Financial and YBuy provide financing options for our customers.

Clover Wireless provides trade-in and trade-up solutions for our customers.

Up next: Keep finding virgin markets until we reach our goal of 100 Progressive Wireless stores. We can get a store up and running in just 4 weeks after construction begins.  For more information on where Progressive Wireless goes from here and how you can help make it happen, make sure to request access to the Business Plan tab of this profile. 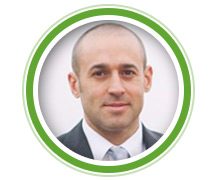 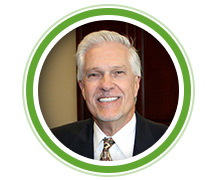 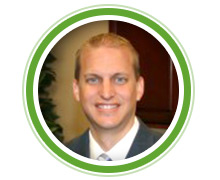 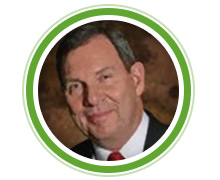