Save a Life this winter: The Halimah Trust have partnered with Pod Living Ltd to design and build bespoke winterised shelters for refugees in Calais 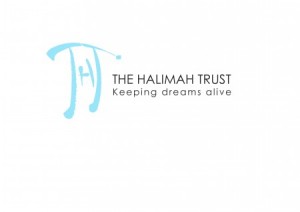 Save a Life this winter

The Halimah Trust have partnered with Pod Living Ltd to design and build bespoke winterised shelters for refugees in Calais. In September, the Trust took a convoy of 16 vehicles and 40 volunteers carrying 3000 food parcels to refugees in the Calais camp. There they saw how refugees were living in flimsy tents or under plastic sheeting.

In Calais, The Halimah Trust collaborated with a local charity called L’Auberge des Migrant, who provide food and help refugees when they arrive at the huge makeshift camp near the Euro-tunnel. Zareen Ahmed, Chair of The Halimah Trust explained;

“While we were delivering the food, Maya Konforti, the main contact from L’Auberge des Migrant couldn’t stress enough that winterised shelters were an urgent priority. Maya described how, every day, hundreds of refugees, mainly Syrian families with children were now filtering through to Calais from the rest Europe. In previous years the numbers of refugees were much smaller and they were mainly young men. She was really worried that they would not be able to provide the level of help needed this winter and that people would die in the cold. For some reason, none of the major charities are in Calais, even though there are over 7000 refugees in Calais now and the numbers are growing daily.” Many refugees have lived there for more than 6 months and an alarming number of them are very young, unaccompanied boys aged 10 or 11. Most refugees receive 1 meal per day, for which there is a 3 hour queue, there are 2 hour queues for a 6 minute shower, a 6 hour wait to see a doctor and there is 1 toilet for every 150 people. It’s a dangerous place with no security or protection for the young and vulnerable and fights regularly break out over food and supplies. The fear now is how people will cope during the winter months, as most fled their countries during the summer, so winter shelters are desperately needed for the most vulnerable.

“Straight after the food convoy, we had an emergency meeting to discuss how we could fund shelters. At the time, we agreed to organise fundraising events during October in order to fund as many heavy duty tents as possible. But the next day, a colleague Stephen Paxton from Proddio Ltd, had a better idea. He would help us launch a crowd funding campaign. He then introduced us to Philip Doleman from Pod Living Ltd who agreed to design bespoke winter shelters that are flat packed, easy to assemble and insulated. They’re made from eco-friendly materials and are guaranteed for 20 years, so when hopefully refugees move on, they can be packed up and used wherever else they’re needed”; said Zareen.

The campaign launched on Saturday on the Indiegogo Crowdfunding site and is already gaining momentum. Supporters can choose from a range of ways to help from £5 to buy a wind up lantern to £1,500 to shelter a family of 6.