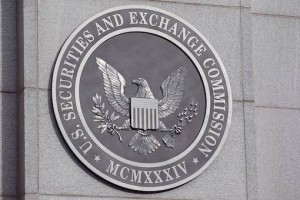 The Securities and Exchange Commission today adopted final rules to permit companies to offer and sell securities through crowdfunding.  The Commission also voted to propose amendments to existing Securities Act rules to facilitate intrastate and regional securities offerings.  The new rules and proposed amendments are designed to assist smaller companies with capital formation and provide investors with additional protections.

Crowdfunding is an evolving method of raising capital that has been used to raise funds through the Internet for a variety of projects.  Title III of the JOBS Act created a federal exemption under the securities laws so that this type of funding method can be used to offer and sell securities.

“There is a great deal of enthusiasm in the marketplace for crowdfunding, and I believe these rules and proposed amendments provide smaller companies with innovative ways to raise capital and give investors the protections they need,” said SEC Chair Mary Jo White. “With these rules, the Commission has completed all of the major rulemaking mandated under the JOBS Act.”

The new crowdfunding rules and forms will be effective 180 days after they are published in the Federal Register. The forms enabling funding portals to register with the Commission will be effective Jan. 29, 2016.

The Commission also proposed amendments to existing Securities Act Rule 147 to modernize the rule for intrastate offerings to further facilitate capital formation, including through intrastate crowdfunding provisions.  The proposal also would amend Securities Act Rule 504 to increase the aggregate amount of money that may be offered and sold pursuant to the rule from $1 million to $5 million and apply bad actor disqualifications to Rule 504 offerings to provide additional investor protection.

The SEC is seeking public comment on the proposed rule amendments for a 60-day period following their publication in the Federal Register.

The Securities and Exchange Commission will consider whether to adopt final rules that would allow the offer and sale of securities through crowdfunding.  The recommended rules would give small businesses an additional avenue to raise capital and provide investors with important protections.  If adopted, this would complete the Commission’s major rulemaking mandated under the JOBS Act.

Highlights of the Recommended Final Rules

The recommended rules would, among other things, enable individuals to purchase securities in crowdfunding offerings subject to certain limits, require companies to disclose certain information about their business and securities offering, and create a regulatory framework for the intermediaries facilitating crowdfunding transactions.  More specifically, the recommended rules would:

Under the recommended rules, certain companies would not be eligible to use the exemption.  Ineligible companies would include non-U.S. companies, Exchange Act reporting companies, certain investment companies, companies that are subject to disqualification under Regulation Crowdfunding, companies that have failed to comply with the annual reporting requirements under Regulation Crowdfunding during the two years immediately preceding the filing of the offering statement, and companies that have no specific business plan or have indicated that their business plan is to engage in a merger or acquisition with an unidentified company or companies.

Securities purchased in a crowdfunding transaction generally could not be resold for one year.  Holders of these securities would not count toward the threshold that requires a company to register its securities under Exchange Act Section 12(g) if the company is current in its annual reporting obligations, retains the services of a registered transfer agent and has less than $25 million in total assets as of the end of its most recently completed fiscal year.

In addition, all transactions relying on the new rules would be required to take place through an SEC-registered intermediary, either a broker-dealer or a funding portal.

Companies that rely on the recommended rules to conduct a crowdfunding offering must file certain information with the Commission and provide this information to investors and the intermediary facilitating the offering, including among other things, to disclose:

In addition, companies relying on the crowdfunding exemption would be required to file an annual report with the Commission and provide it to investors.

A funding portal would be required to register with the Commission on new Form Funding Portal, and become a member of a national securities association (currently, FINRA).  A company relying on the rules would be required to conduct its offering exclusively through one intermediary platform at a time.

The recommended rules would require intermediaries to, among other things:

The rules also would prohibit intermediaries from engaging in certain activities, such as:

Regulation Crowdfunding would contain certain rules that are specific to registered funding portals consistent with their more limited activities than that of a registered broker-dealer.  The rules would prohibit funding portals from, among other things: offering investment advice or making recommendations; soliciting purchases, sales or offers to buy securities; compensating promoters and other persons for solicitations or based on the sale of securities; and holding, possessing, or handling investor funds or securities.

The rules would provide a safe harbor under which funding portals could engage in certain activities consistent with these restrictions.  The rules also would require funding portals to maintain certain books and records related to their transactions and business.

Crowdfunding is an evolving method of raising money through the Internet, but it has generally not been used to offer and sell securities.  That is because offering a share of the financial returns or profits from business activities could trigger the application of the federal securities laws, and an offer or sale of securities must be registered with the SEC unless an exemption is available.

The JOBS Act included an exemption to permit securities-based crowdfunding and established the foundation for a regulatory structure for these transactions.  It also created a new entity – a funding portal – and allows these Internet-based platforms or intermediaries to facilitate the offer and sale of securities without having to register with the SEC as brokers.  The SEC was tasked with adopting rules to implement these provisions, which are intended to facilitate capital raising by small businesses while providing significant investor protections.

The staff would undertake to study and submit a report to the Commission no later than three years following the effective date of Regulation Crowdfunding on the impact of the regulation on capital formation and investor protection.

The Securities and Exchange Commission is considering whether to propose amendments to Securities Act Rule 147 and Rule 504 of Regulation D.  The proposed amendments would be part of the Commission’s efforts to assist smaller companies with capital formation consistent with its investor protection mission.

Highlights of the Proposed Amendments

The proposed amendments to Rule 504 of Regulation D would increase the aggregate amount of securities that may be offered and sold under Rule 504 in any 12-month period from $1 million to $5 million and disqualify certain bad actors from participation in Rule 504 offerings.  The proposed rules would facilitate capital formation and increase investor protection in such offerings.

The Commission adopted Rule 147 in 1974 as a safe harbor to a statutory intrastate exemption – Section 3(a)(11) – that was included in the Securities Act upon its adoption in 1933.  Market participants and state regulators have indicated that the combined effect of the statutory limitation on offers to persons residing in the same state or territory as the issuer and the prescriptive eligibility requirements of Rule 147 limit the availability of the exemption for companies that would otherwise conduct intrastate offerings.