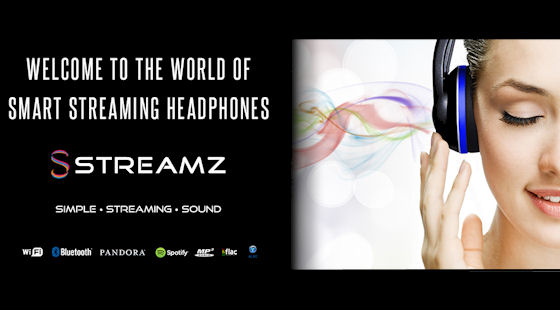 STREAMZ are the world’s first smart streaming headphones that allows people to instantly listen to stored HD quality music or online streaming music such as Pandora without requiring a separate music player or smartphone.

Everything is built inside the headphones including an Android WIFI/Bluetooth music player, up to 36GBs of storage, an HD quality DAC and amplifier.

Instantly search and play your favorite music with a voice command or a swipe of the built-in touch screen … all without the hassle of a separate music player.

STREAMZ are the world’s first smart headphones with a built-in Android music player that instantly plays music without the need for a separate music player or smartphone.

STREAMZ are going to change how millions of people listen to music, watch movies, play games and get their online media.  With STREAMZ there is no more hassle with separate music players and smartphones. Simply press a button or say a command and you are instantly immersed in your own world of multimedia entertainment. 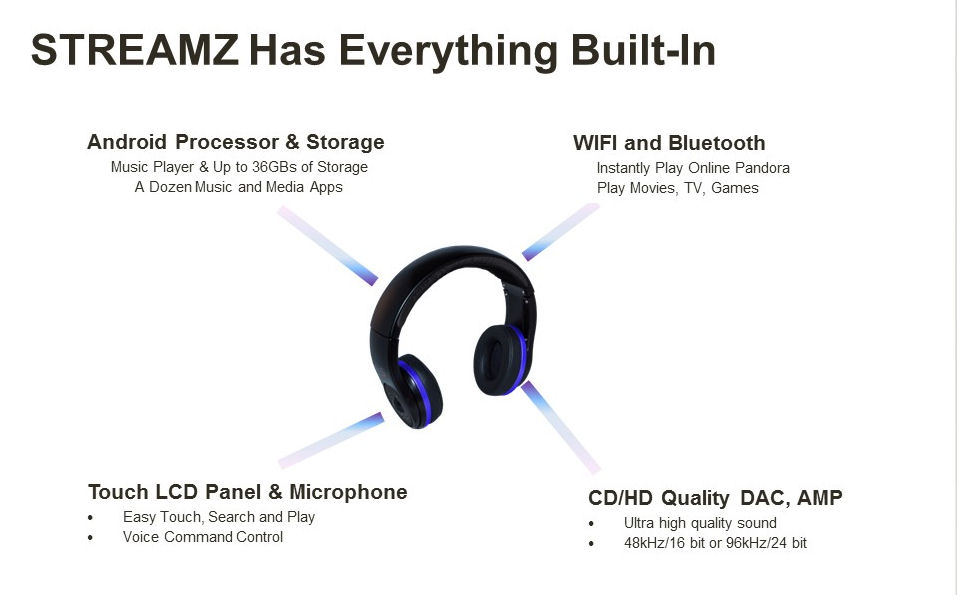 With STREAMZ everything is built inside including an Android WIFI/Bluetooth HD quality music player and up to 36GBs of storage.  That means that now with a simple voice command or touch of a button you can instantly listen to music stored on STREAMZ or directly from your favorite online music service including Pandora and Spotify.

Besides being the first smart headphones STREAMZ are the first to offer an integrated HD quality Digital to Analog Converter (DAC) which allows for the fist time people to autonomously and wirelessly listen to audiophile quality music anywhere without having to be hard wired to an HD quality music player or DAC.

STREAMZ is the beginning of a smart headphone revolution that makes listening to music easy, elegant and entertaining.

The company is in the process of capturing a lead position in this nascent, soon to be billion dollar market by licensing its STREAMZ patent pending smart headphone technology to OEMs and it is preparing to sell complete STREAMZ headphones through both established international distributors and mass retailers such as Best Buy and Amazon.

THE PROBLEM AND OPPORTUNITY

Global headphone sales are projected to grow from $7 billion in 2013 to over $12 billion in 2018 and with 95% of 2013 sales growth in premium ($100+ priced) headphones consumers are demanding headphones that are SIMPLER for active use, HIGHER QUALITY and MORE COMFORTABLE without the need to depend on a separate cumbersome music player of smartphone.

People Don’t Want the Hassles of a Separate Music Player

They simply want to play their music anywhere at any time with a press of a button.

STREAMZ Smart Headphones are the first to incorporate a WiFi Streaming Music Player that allows you to instantly, easily and comfortably listen to all sources of music including stored music and Pandora streaming radio without a separate music player.  With it’s built-in DAC STREAMZ offers unprecidented quality.

Play your music whenever and wherever you are … with STREAMZ !

STREAMZ debuted at the Consumer Electronics Show (CES) in Las Vegas on January 7th 2014 to rave reviews and in less than six months has successfully accomplished the following milestones: 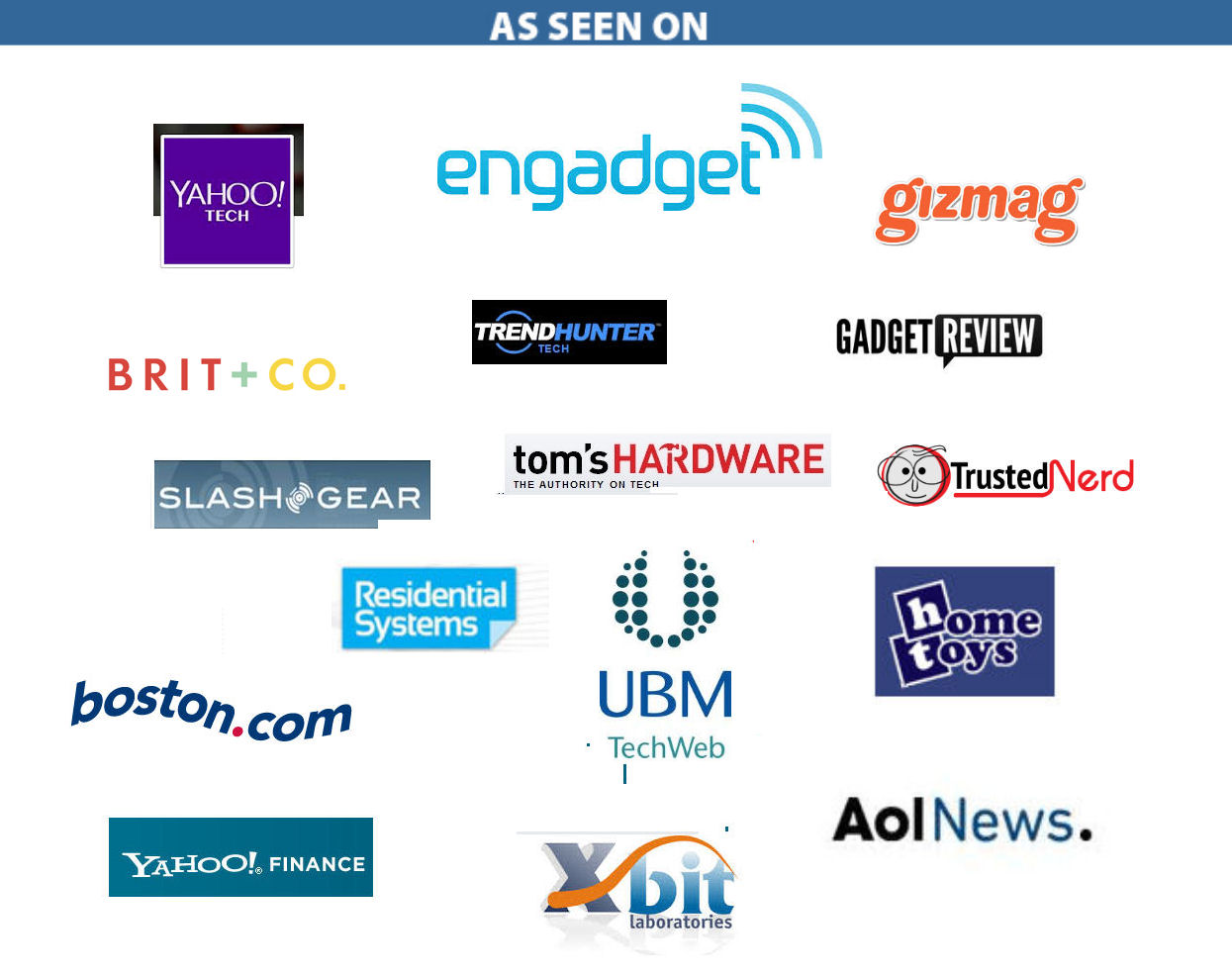 Currently there are no other WIFI Android smart streaming headphones available in the market today.

The closest competition are “Feature Headphones” that feature Bluetooth but they do not include a processor, WIFI, music player, storage or other STREAMZ unique feature.

No Other Headphones Offers These Unique Benefits: 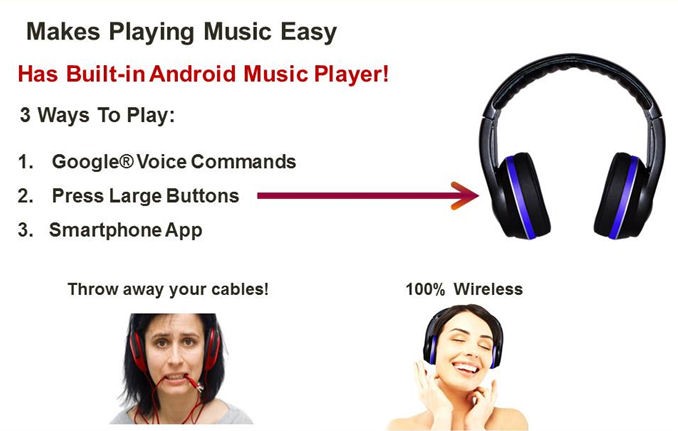 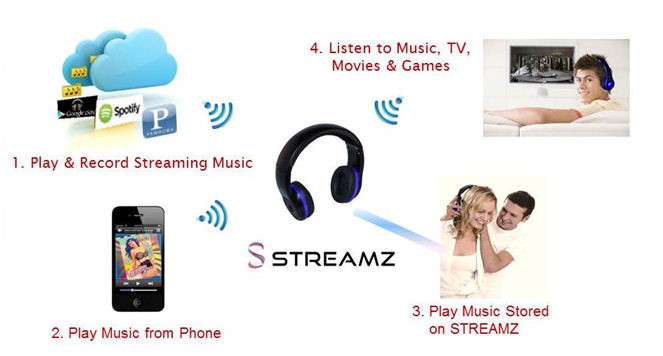 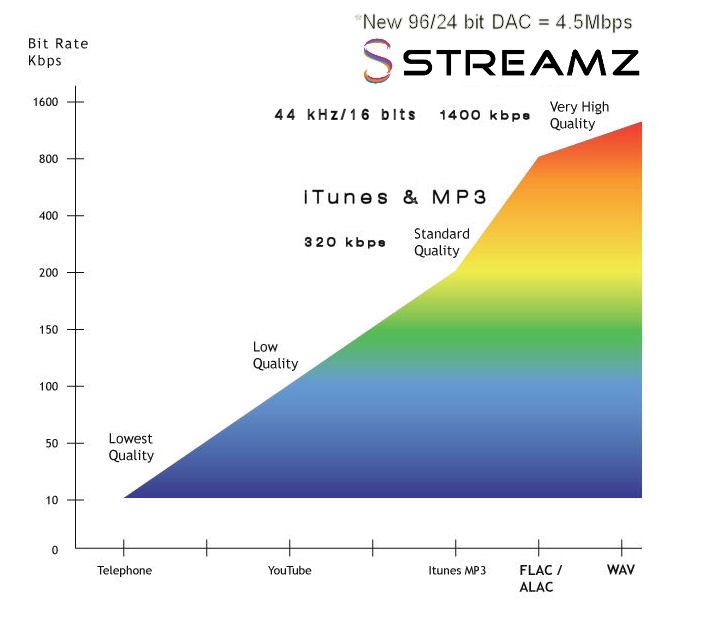 NO OTHER HEADPHONES COMPARES TO STREAMZ 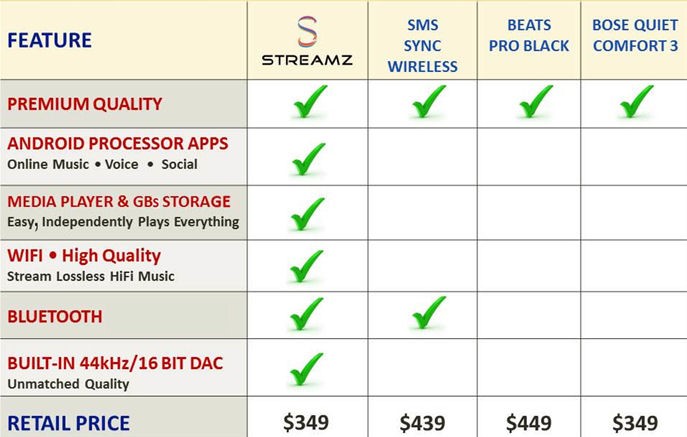 The STREAMZ Team is the perfect blend of the finest entrepreneurs, engineers and visionaries who have the experience, skills and passion to succeed in making STREAMZ the next big thing in smart wearable entertainment.

The STREAMZ Team and its products are the culmination of ten years developing award winning entertainment server products at Mozaex LLC in Salt Lake City Utah.

STREAMZ Inc. is a spinoff of the founders company, Mozaex LLC, which has over the past 30 years developed and shipped hundreds of thousands of smart entertainment media products for world class companies including IMAX®, NEC®, Gateway® and hundreds of dealers in over 35 Countries.

Douglas Kihm has a 30 year proven track record of founding and managing three successful companies including Mozaex which produces the world’s most popular Blu-ray 3D Entertainment Server that is sold to companies including IMAX® and hundreds of dealers in 35 Countries.

Besides inventing the world’s first multimedia Entertainment Server in 2004, Douglas designed BLUWAVS 7.1, the first HDMI discrete 7.1 HD Audio Surround headphones with ten transducers.  BLUWAVS are the predecessor to STREAMZ and the company plans to release these revolutionary headphones in 2015.

Douglas holds a B.S.E.E degree from the U. of U where he co-founded his first company Axonix with the Dean of Engineering, the late Dr. Wayne Brown.  Douglas has been developing breakthrough digital audio technology since 1979 when he worked with Dr. Stockholm at Soundstream, SLC Utah, on the world’s first digital music recording and playback system to use a computer, an Analog to Digital Converter (ADC) and a Digital to Analog Converter (DAC).

He is the author and holder of multiple  patents.  Douglas’s products have won numerous industry awards in the industry for innovation and quality.

Wil Bown has been the lead software architect for the past ten years of the company’s product lines including the Mozaex Entertainment Server and the STREAMZ Smart Headphones. 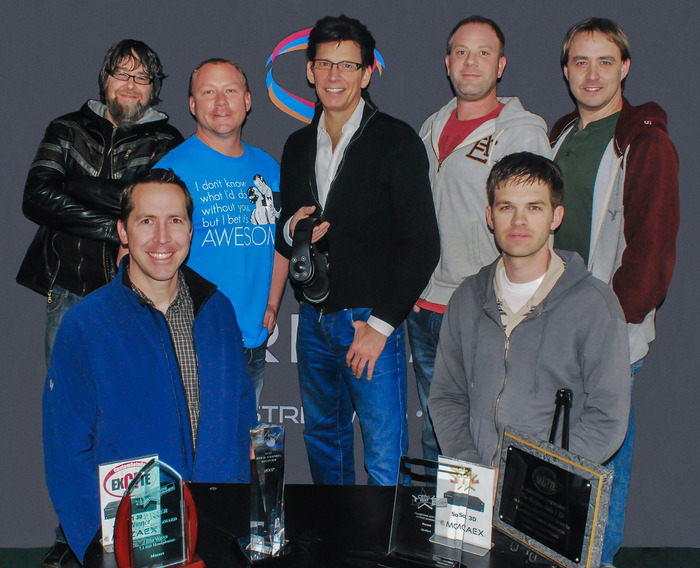 Back Left to Right