Tempo Semiconductor, Inc.: One of only three companies in the world that provide driver support for Android, Linux, AND Windows

Although you may have never heard of us, you’ve no doubt heard of our customers: Samsung, HP, Dell, Cisco — we could go on, but we’ll save that for later.

In fact, Tempo is one of only three companies in the world that provide driver support for Android, Linux, AND Windows. 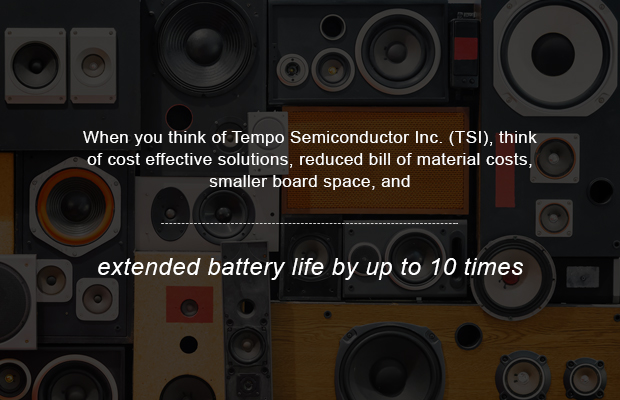 At least, that’s what our 50+ customers think about the 15 million+ units we’ve shipped since the start of 2014.

As the relentless march towards smaller and lighter devices continues, Tempo is poised to become a significant player in the high fidelity audio and on-the-go audio entertainment market.

As an audio semiconductor supplier, it’s probably helpful to first explain what a semiconductor is: a semiconductor is a physical substance sandwiched between a conductor (copper, for example) and an insulator (like glass). Basically, it’s what electricity is passed through on a circuit board.

What has made us so successful over the years is that Tempo uses advanced digital signal processing (DSP) to enhance audio playback for immersive life-like listening experience within miniature speakers or headphones.

In audio playback for movies and music, bass is often the most difficult to reproduce with small speakers. The DSP technology embedded in our audio codecs extends the perceivable sound by up to four times lower base frequency than a typical small form factor speaker could physically produce. 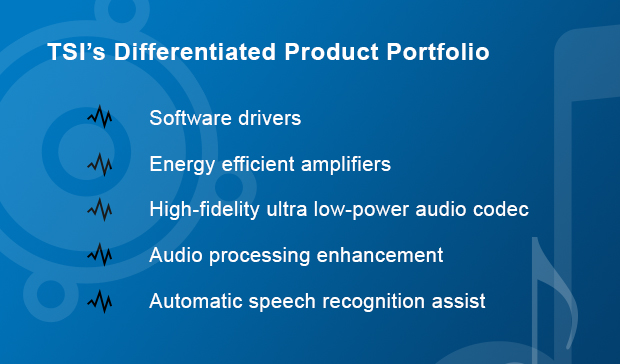 That results in a market focus of end consumer products like premium portable speakers, premium headphones, premium tablet/notebooks, and smartphones.

So what really sets us apart? Why are our Audio Codecs better than the rest? Why does an original equipment manufacturer (OEM) really want our tech?

A handful of reasons, actually:

The core of our business has been around since 1993 with a company called SigmaTel which helped create the first iPod Shuffle. In 2006, a year after the Shuffle was released, SigmaTel’s audio division was purchased by IDT for $80 million.

In December 2013, Tempo Semiconductor acquired IDT’s audio business unit and immediately started establishing a global presence and expanding all audio products. All told, 750 million+ audio ICs have been shipped by TSI and our predecessors. 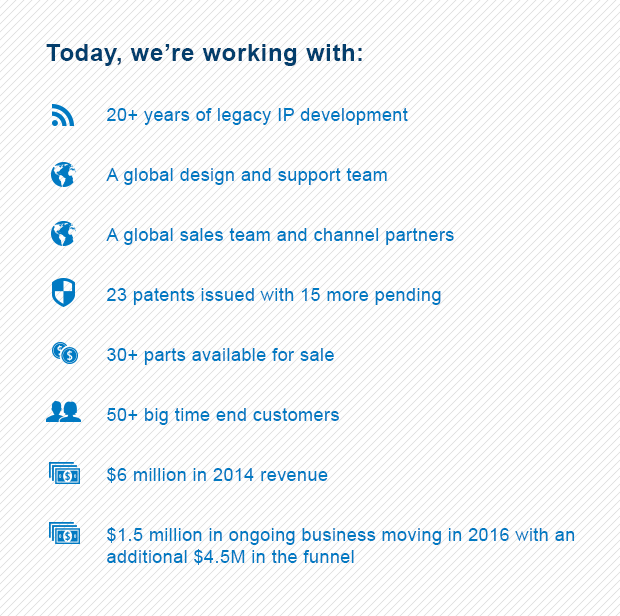 Of the 10 million products we shipped in 2014, only 1 was returned as defective. 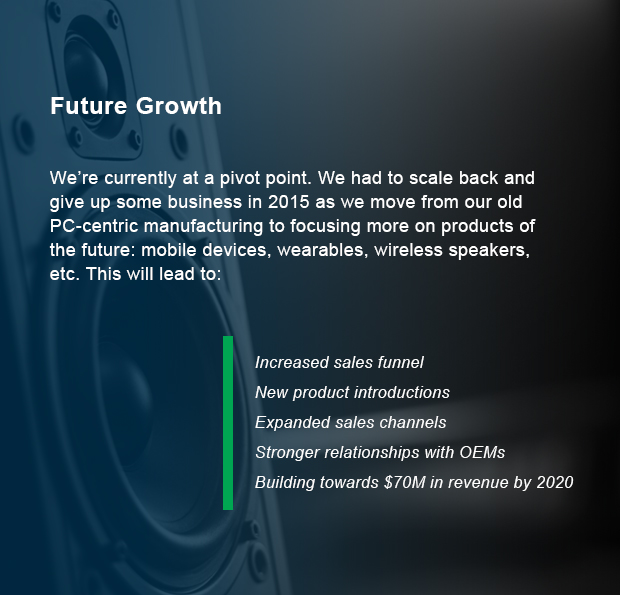 The Tempo management team are veterans of various semiconductor startups and bring extensive systems, applications, semiconductor, and management experience accompanied by numerous successes in both the startup phase transitioning through a high growth phase and into publicly traded companies. These successes include on-schedule and on-budget product design and development, introduction, international design wins, and a positive exit for investors. 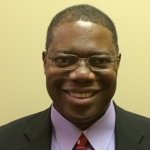 K. Gozie Ifesinachukwu, CEO
Gozie is a veteran of three semiconductor startups before Tempo Semiconductor. As a seasoned semiconductor veteran of over 25 years, Gozie has a proven industry track record of assembling and managing engineering and marketing/sales teams successfully. Prior to cofounding Tempo, Gozie was the founding VP of Engineering at Ambiq Micro, and before that, a General Manager and Director of a division of SigmaTel, Inc. Gozie holds a B.S and M.S in Electrical Engineering from Texas A&M and an MBA from the McCombs School of Business at UT Austin. 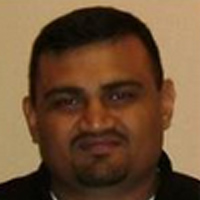 Ajay Kanji, VP Engineering
Mr. Kanji is an industry veteran with over 15 years of experience in engineering management, analog design/signal processing, system architecture and implementing cutting-edge chip and system products from concept to production. Prior to Tempo, Ajay was director of engineering for IDT Audio Business Unit where he managed all aspects of semiconductor development from concept to production. Ajay has also worked at Ambiq Micro as director of engineering where he architected, designed and implemented all ultra-low power analog components for Ambiq real time clock (RTC) and successfully help put it into production. Ajay holds a B.S and M.S in Electrical Engineering
from Texas A&M. 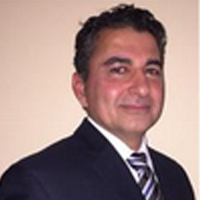 Sam Kasgorgis, VP Worldwide Sales
Mr. Kasgorgis is an industry veteran with over 20 years of experience in leading and managing sales teams in the semiconductor industry. Prior to joining Tempo, Sam held executive level positions with Samsung, Ambiq Micro, and Energy Micro. His experience also includes regional management positions in sales and applications engineering with Silicon Labs, Atmel, and Toshiba. Sam holds a bachelor’s degree in electrical engineering, a master’s degree in computer engineering,
and an MBA. 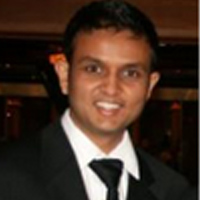 Vinesh Patel, Director of Operations and Manufacturing
Mr. Patel has over 17 years of experience and expertise in operations engineering. At Tempo, he manages all aspects of manufacturing, planning, product and test engineering, quality and vendor relationships for the company’s products. Prior to Tempo, he was the Director of Operations at Ambiq Micro where he developed the company’s 1st product and set up a 1M units a month manufacturing line from ground up. Prior to Ambiq Micro, he was the product manager at IDT where he managed product engineering, assembly and packaging, vendor relationships as well as product quality and reliability efforts. Mr. Patel holds a B.S in Electrical Engineering from University of Florida and MBA from St. Edwards University. 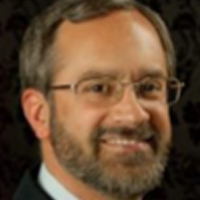 John Paulos, PhD., Advisor
Now an independent consultant and Angel investor, John Paulos serves as Director for six startups in Austin, Texas. Dr. Paulos left Cirrus Logic in August of 2008 after serving as Vice President and General Manager of the Industrial Products Division. There, he was responsible for application specific and general purpose precision ADC’s, ARM-based microcontrollers, and legacy communications products. During his tenure as VP/GM, he brought annual revenue to over $100M to the Industrial Products Division. Prior to Cirrus Logic, Dr. Paulos served as VP of Engineering for Cicada Semiconductor. Paulos holds B.S., M.S. and Ph.D. degrees from MIT. 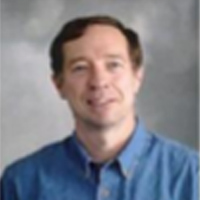 Ron Edgerton, Advisor
Ron Edgerton has over four decades of leadership experience in high tech industries. This experience includes marketing, financial, human resource management, legal and contract management, operations, and general management expertise.  He has been part of the leadership teams for two highly successful semiconductor IPO’s (Cyrix as CFO and SigmaTel as CEO/President/Chairman) plus an IPO-value sale of iWatt when serving as CEO/President/Chairman.  Mr. Edgerton has turned struggling companies into success stories with a focus on customer driven strategies and highly effective management of superior R&D teams, worldwide sales and operational organizations. 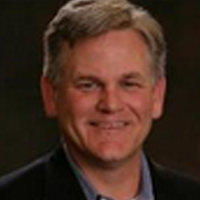 Ross Goolsby, Advisor
An industry veteran with over 20 years of diverse experience in finance, accounting, information technology, and human resources., Mr. Goolsby was most recently the CFO at Calxeda, Inc., leading worldwide financial operations for the privately held low power server semiconductor company. As the CFO of SigmaTel from 2001 to 2007, he played a key role in turning the company from losing $20 million annually to profitability. During his tenure at SigmaTel, the company’s revenues increased from $20 million annually to over $300 million annually. He led SigmaTel’s IPO in 2003 and subsequent follow-on offering in 2004. During 2005, SigmaTel reached its peak market value in excess of $1.4 billion. Mr. Goolsby earned a Bachelor of Business Administration in Accounting from the University of Houston.