Thinnest, Lightest IPhone & Solar Charger Ever – It Will Even Improve The Sound 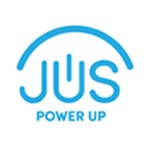 The developers at iVue in Sydney, Australia are always looking for ways to revolutionize the way people interact with their devices. Their latest idea was sparked by the challenges faced by iPhone users needing to stay in the digital information loop without always being tethered to an electrical outlet.

Let’s Face it, the battery life on the iPhone -every phone- sucks!

JUS is a ground breaking A hybrid, all-in-one solar-powered rechargeable battery pack and slim case, that fits iPhone 6, 6 Plus 6S & 6S Plus like skin and can triple the talk time by drawing power from the light around you, including both outdoor and indoor lighting.

While the idea of a solar-powered backup charge is not new, the way that iVue approached it certainly is, designing a charger from the phone out instead of from the power source in. Instead of designing a bulky power pack that plugs into the iPhone, they designed an iPhone case that fits like a no-slip second skin with a solar-powered backup battery built-in. Far from adding to the phone accessories you have to carry, JUS becomes part of your iPhone, and a source of comfort because as long as you have light, you will have power.

To recharge your phone using JUS, simply press and hold the on/off button on the back of the case for 2 seconds to switch over to auxiliary power. The case will continue to charge itself even while it’s charging your phone. Four integrated LED status indicators sit just above the power button to show how much standby charge is available. A quick press of the case on/off button will show the level of remaining standby power.

On a full charge, even without access to any light at all, JUS can recharge your iPhone 6 from 0 to 100% twice. In short, it triples the talk time of your iPhone! That’s 42 hours of talk time! And if you have access to outdoor or indoor light-any light–even on cloudy days, JUS will never run out of power. EVER!

JUS has been specifically designed not to detract from the appearance and functionality of your iPhone. Features like the camera, headphone mini-jack, and controls are still just as accessible as before. However, they improved the sound quality using the acoustics of the case. Most iPhone users know that the speaker is on the bottom edge of the phone to the right of the charging port, and not on the front of the phone. JUS acts as an advanced sound chamber that channels the sound to the front of the phone where it really counts.

Another pioneering aspect of JUS is its flexibility in how it recharges itself: it is not just limited to solar power but comes with an attractive frictionless charging dock and a Micro-USB port, which doubles for synching your iPhone to your computer as well as charging your phone and JUS, so you never have to directly plug anything into your iPhone again.

If you have access to outdoor or indoor light-any light–even on cloudy days, you would never ever run out of power on your iPhone ever!

Here’s how JUS works: A 4000mAh, 14.88Wh Lithium-Polymer battery will always charge from sunlight and indoor lighting if its capacity falls below 99%, ensuring that it is ready to fully charge your iPhone when needed. It has a protective smart circuit to prevent a short circuit or overcharging.

The wireless-frictionless charging dock means that you never need to plug your iPhone into anything again! With Micro-USB port both charging and synching are supported by the JUS case and when JUS is on the frictionless dock or plugged into the Micro-USB, JUS uses a special pass-thru charging system that means it’ll actually charge the iPhone’s battery first. This is more efficient long-term, and should cut down on the ageing of JUS’s own battery unit.

And just how long does all this take?

JUS is truly a remarkable advance in green approaches to powering the entire iPhone 6 family including the new iPhone 6S and 6S Plus.