Turning A Spark Into A Fire: Using The Arts To Catalyze Social Change In The Balkans 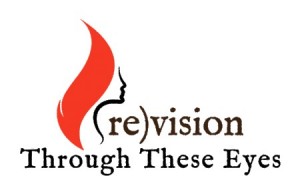 A new organization is breaking into the Albanian arts scene to confront the country’s last twenty-five years “in transition” to democracy and push for social change, despite internal resistance to reflection and rampant corruption. TIRANA, Albania, October 1, 2015 — A new organization using the arts for social change in the Balkans, Rivështrim (Albanian for ‘revision’), announces today the final two-week countdown for their crowdfunding campaign to raise $20,000 to begin production of the innovative theater and documentary project combatting gender inequality entitled: Through These Eyes (supported in part by the US Embassy of Tirana, Soros Foundation, and UNWomen).Through These Eyes consists of a 1) theatrical show composed of non-fictional monologues and dialogues concerning Albanian gendered realities and 2) a documentary film that covers the development of the production and the reality in Albania, serving as a guide for other groups and exponentially expanding the reach of the project.

With this project, Rivështrim is attempting to fill a gap in the both the development and arts worlds in Albania, providing citizens with a platform to voice their experiences and their calls for a different future and underlining the uniqueness of the manifestation of gender inequality around the world while emphasizing the universality in its underlying causes.

Unfortunately, they face an uphill battle. Despite having an artist prime minister and a new Mayor of Tirana whose recent electoral campaign was largely based on supporting youth and youth-led initiatives, financial support from the Albanian government or civic society for the arts and projects like Through These Eyes is practically fictional, with any existing funds continuing to flow into the same hands as thirty years ago.

Touching on several cross-cutting and often “taboo” topics such as expectations of Albanian masculinity, gendered youth dichotomies, migration, domestic violence, women’s economic inequality, self empowerment, etc., Through These Eyes respects the importance of open discussion for change and the reality that these inequalities are serious hurdles to development and eventual ascension into the EU for Albania, one of it’s government’s primary goals.