WyLink is very different from other opportunities you have been reviewing at Fundable. The Company is not offering what is traditionally labeled an “Investment.” This is not a security, private placement, convertible debt, IPO, stock, bond, shares, loan, or ownership of any company or participation in a company’s profits.

What is being showcased here is more like real estate… 100% individual ownership of an Asset With An Accompanying Lease. The asset allows for the potential of appreciation and the lease allows the potential for monthly revenue. These Assets are called Registered Links and comprise part of High Speed Wi-Fi Communications Networks that the Company builds.

YOU CAN PROFIT FROM THE CURRENT SPECTRUM CRISIS!

When wireless technology exploded, many who embraced the cell phone future by obtaining frequency licenses and through other entreprenueurial opportunities profitted immensely.

Now, we are in the midst of bandwidth crisis. Existing mobile networks, originally designed for voice,  simply cannot handle the massive amounts of data being consumed by today’s smart phones and mobile devices.

Estimates project the data demand overwhelming the system by 2018, forcing providers to throttle back on the songs, videos, games, and files… in other words… the mobile data we have grown to depend on and see as a fundamental aspect of life.

The solution is to use the available bandwidth more efficiently. Wylink Inc., in conjunction with its parent company, Wytec International has created a sytem that allows current carriets to deliver more data at the fastest download speeds on record. This system is operating today.

Now there is a way for individuals to participate and individually own parts of this network infrastructure. This type of ownership has been tradionally only available to large corporations or very high net worth groups.

When Apple introduced the iPhone eight years ago in 2007, they unleashed a mobile data revolution. The existing cellular networks were designed to carry voice calls , not transmit enormous amount of data ranging from songs, games, tv braodcasts, and files to full HD movies.

And the need for data delivery is increasing exponentially because we’re allcompletely dependant on our phones. Two hundred and thirty-five million Americans use smart mobile devices every day.

From messaging, voice and video calls, to downloading music, movies, pictures, games, and email files, we’re downloading huge amounts of data. Even online shopping is done via mobile these days! The result: calls are getting dropped and reception is slowing down.

AT&T, the second largest phone carrier by subscriber count in the US, reports that their data traffic has increased over 20,000% over the last 5 years.

According to multiple sources, these billions of connections and downloads are projected to strangle mobile networks unless an offload solution is put into place.

This is known as the Spectrum Crisis, and it has the media, the FCC, and major wireless carriers running scared.

“The United States as well as the entire world is facing a Spectrum Crisis.”

“You can think of spectrum as an essential natural resource and that data demands threaten to outpace the supply of spectrum available for mobile broadband in the coming years.” 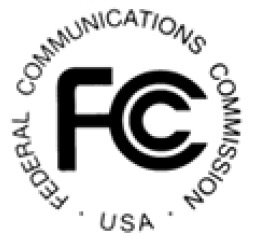 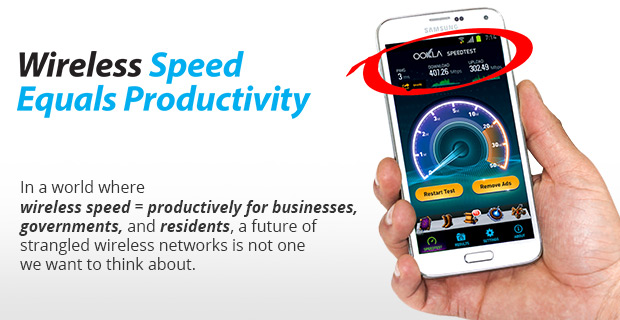 Data offloading is the best solution we have for the mobile data traffic capacity issue we’re facing. WyLink has a proprietary methodology to build High Speed Wireless  Networks to offload some of the traffic mobile carriers are dealing with.

And now these networks are coming to Florida. Here is where your opportunity lies.

How fast are we talking? 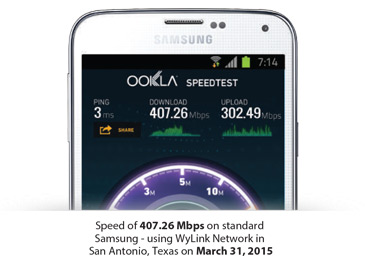 A WyLink wireless speed test conducted in San Antonio, Texas on March 31, 2015 resulted in the fastest download speeds on record.

The average download speed for the entire US? 11.5 mbps.

These speeds allow us to provide networks not only for individual consumers, but for repeated and reliable communications like city public safety alerts. The city of Columbus, Ohio uses the Company network for it’s public safety system!

Knowing what we know now about the prevalence of cell phones, if you could have gotten involved in that idustry  in the late 80’s, would you have? The cell phone era opportunity is gone but the Wylink opportuniy to own a Registered Link Asset is here now. Please request access to the Business Plan tab of this profile for full details.

The Company has sold close to 400 Registered Link Assets across the US to date. 10 cities have sold out, and 3 cities are built out and in operation: San Antonio, Columbus, and Dever. WyLink is on its way to its goal of deveoping networks in 30 cities across the US

The Company has made major headway and created serious buzz with ourfoundational patents and proven speeds. WyTec, the parent company to WyLink, is the owner of a portfoio of patents and has recently filed a sixth specifically relating to delivering Hi Speed Wireless data more efficiently

The proprietary technology delivers the fastest bandwidth speeds on record. Our speed results have been reported in 280 business journals throughout the US.

These proven results have sparked interest from major carriers, government offices, and tech companies throughout the country. 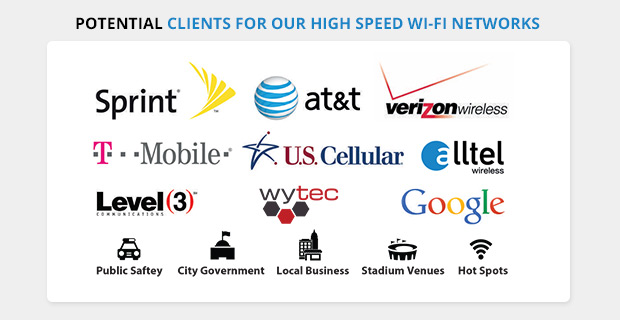 WyLink/WyTec wholly owned sister company Capaciti Networks, is a company that has been set up solely to sell the services that deliver revenues from the use of the company networks. They have several unique selling propositions, including a very unique proprietary sales platform called “WyQuote”  allowing for thousands of Agents to represent Company products with no fixed overhead to the Company. This program is anticipated to be rolled out in the first quarter of 2016.Projections for this new initiative are way ahead of all previous sales and marketing plans.

In addition to the Capaciti Networks sales, the company has a working relationship with Level 3 Communications, the multi-billion dollar company that has built international fiber optic and media delivery content networks. Their presence in over 500 global locations with more than 100,000 miles of fiber in place provides WyLink/WyTec with a business advantage that can aid in accelerating sales. Their assistance has been invaluable in developing market intelligence, closing sales, and conducting a multi-market strategy capable of supporting the Registered Link Program. 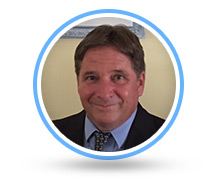 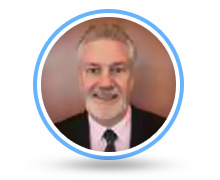 Mr. Gray has more than 30 years of experience in corporate management, business development, mergers and acquisitions, and capital structuring. He has been intimately involved in the wireless broadband industry since inception. 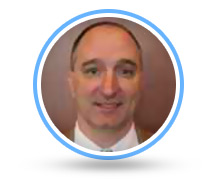 Mr. Davis has been a senior executive in the areas of strategic operational planning as well as process improvement for the past 15 years. His skills at creating value, building high-performance teams, and leading with sophisticated transactions within business environments was put into play after 7 years of service in the US Army.

Summary:
WyLink is very different from other opportunities you have been reviewing at Fundable. The Company is not offering what is traditionally labeled an «Investment.» This is not a security, private placement, convertible debt, IPO, stock, bond, shares, loan, or ownership of any company or participation in a company’s profits.
See Campaign: https://www.fundable.com/wylinkflorida
Contact Information:
Bob Cross
William Gray
Angus Davis